Four Weddings and a Break Up Book Blitz and Giveaway 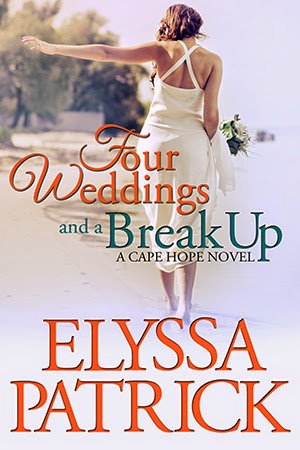 Ginny Michaels has always been a good girl and—ever since surviving a school shooting a little over a year ago—hailed a hero. Except she doesn’t feel like a hero. She can’t even have a one-night stand with sexy Wes Dalton properly. When her big city fling resurfaces in her hometown with an intriguing proposition, she’s powerless to resist. A fake relationship is exactly what’s needed to keep her small town’s matchmakers at bay during the upcoming wedding season. If only her attraction to Wes were as easy to ignore.

Wes Dalton doesn’t have many regrets, and that includes his night with Ginny. But he’s always hoped to strengthen his relationship with his estranged family. When his father’s health takes a bad turn, Wes puts his life on hold and moves to the meddling seaside town of Cape Hope. With his barriers in place—and a beautiful woman to help him hold them up—he’s prepared for anything. Or so he thinks. Despite his determination to leave as soon as the summer is over, those fake kisses are starting to feel an awful lot like the real thing.

The door creaked open. A young, dark-haired woman came out into the darkness. She held a tray with a beer on top of it. It wasn’t until she stepped into the dim light that he could make out her features.

She had the type of curves that separated the women from the girls.

Generous breasts that made his mouth water and lush hips he could hold onto. Shapely legs under a flared-out blue skirt and soft arms. An oval-shaped face with a pouty, pink mouth that begged for kissing, and deep brown eyes framed by sooty lashes. Glossy, rich brown hair tumbled over her shoulders, the ends dancing along the top of her breasts in a v-neck, white cotton t-shirt.

Even though his whole body tightened in anticipation, he kept his stance and tone relaxed. “That for me?”

“The beer?” She glanced down at the tray and let out a nervous laugh that did something to his insides.

He found himself stepping closer, trying to understand this sudden need drumming in his veins. He’d never felt this pull before . . . there was something about her that made him want to know more. Like how she smelled, how she tasted, and how she would look naked in his arms. Well, he knew the answer to that last one.

She would look damn good naked in his arms.

“Yeah. It’s for—” Words died on her lips as she glanced up at him, her eyes widening as she realized he was inches away, their bodies facing each other as if they were about to dance. Not any of that slow waltzing thing but a dirty bump and grind where she’d rub herself against him. He’d been wrong. He thought her eyes were brown. Brown was too commonplace. Rich like melted dark chocolate. She gave brown-eyed girl a whole new meaning.

As their gazes held and lingered, those brown eyes darkened with desire. A faint blush stole her cheeks, and she licked her pouty lips. The air grew thick with want, the tension crackling. Then she ducked her head, her blush deepening. 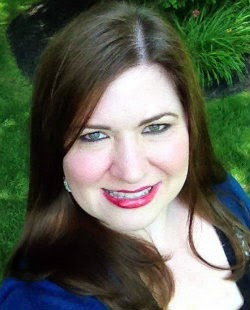 
Tamara Morgan is a contemporary romance author of humorous, heartfelt stories with flawed heroes and heroines designed to get your hackles up and make your heart melt. Her long-lived affinity for romance novels survived a B.A. degree in English Literature, after which time she discovered it was much more fun to create stories than analyze the life out of them.

Whether building Victorian dollhouses, consuming mass quantities of coffee and wine, or crying over cheesy 1950s musicals, Tamara commits to her flaws like every good heroine should. She lives in the Inland Northwest with her husband, daughter, and variety of household pets and only occasionally complains about the weather.
You can connect with author Elyssa Patrick or find out more about her books on her Website. Or you can connect with her on Facebook, Twitter or on Goodreads.
Enter below for a chance to win a $50 Gift Card. Good Luck to all that Enter!!! :-) You can also read my review of this book HERE!!!!

a Rafflecopter giveaway
Posted by Unknown at 11:35 AM